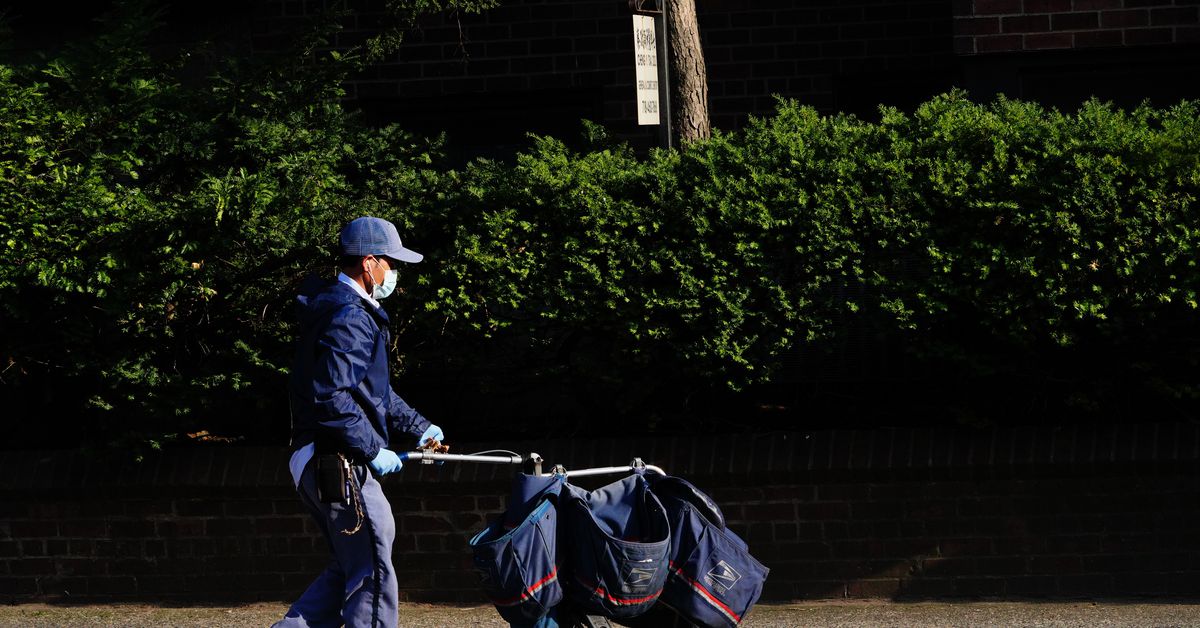 The US Postal Service, like many American businesses, is suffering from sharply declining demand due to the coronavirus crisis: Last week, members of Congress were informed that it will “run out of cash” in September without federal assistance.

Congressional Democrats have largely been amenable to this request, adding USPS funding to their list of priorities for a fourth coronavirus relief bill.

Republicans in Congress, meanwhile, remain narrowly focused on putting more money into the Paycheck Protection Program for small businesses — and are opposed to broadening the scope of what will be considered in the next bill.

But the Trump administration also appears to be specifically hostile to the idea of a Postal Service bailout. Its distaste for a postal bailout merges ideological conservatives’ generic preference for postal privatization with the president’s specific hangup about the idea that USPS is giving Amazon a sweetheart deal on shipping.

In general, there are a lot of complexities to the long-term postal policy picture in the United States, but the immediate crisis is actually pretty simple: Mail volumes are plunging, taking USPS revenue down with them. And unless something is done relatively quickly to make up for those lost revenues, it’s hard to see how significant layoffs and service reductions can be avoided.

The Postal Service has been organized in several different ways across American history, but its modern paradigm, dating from the 1970s, dictates that the USPS is supposed to be a self-funded, independently operating public sector entity.

But the volume of first-class mail — the source of the lion’s share of USPS revenue and the cornerstone of both its monopoly and its universal service obligations — peaked in 2001 at 104 billion pieces of mail. Decline has been fairly steady since then, falling to just 55 billion pieces in 2019. The cost of meeting USPS’ basic service obligations, by contrast, has essentially remained steady, creating an obvious financial problem.

There’s no reason to think the decline of paper mail will reverse at any point in the future, so one possible response would be to cut costs by closing post offices, canceling Saturday delivery, and laying off workers. Congress has generally opposed that, pushing the postal service to instead find new sources of revenue such as its parcel delivery business in which it competes with UPS, Federal Express, and other private companies.

A few other solutions have been floated, but none have taken hold. For instance, many people on the left would like to see laws changed to allow USPS to begin offering banking services to both increase revenue and create a public option that would compete with private banks. On the right, the general preference is to privatize postal services (which is what’s largely happened in Europe) and end the mix of special monopolies and special service obligations that currently governs postage.

Back in 2006, a lame duck Republican Congress turned up the pressure on privatization by forcing the Postal Service to prefund decades of pension and retiree health costs through investments in low-yield government bonds. That onerous obligation made USPS technically insolvent before coronavirus hit. But rather than achieving its apparent intended result of spurring privatization, in practice it mostly served to give privatization opponents something to complain about rather than addressing the underlying decline in USPS’ business model. Along the way, however, USPS did find a promising new line of business as a contractor delivering Amazon packages.

In the fall of 2016, Amazon CEO Jeff Bezos accused Donald Trump of “eroding our democracy.”

And while some major tech CEOs, like Apple’s Tim Cook, have gone out of their way to kiss up to Trump since he became president, Bezos largely hasn’t. Instead, Amazon’s top spokesperson is Jay Carney — who served as White House press secretary under President Barack Obama — and who has occasionally offered harsh criticisms of the Trump administration on a wide range of grounds.

Bezos also owns the Washington Post, and Trump has made no secret of his desire to use the power of the government to punish Amazon financially unless the Post changes its coverage of him. Facebook seems to have paid attention to this message and deliberately altered its editorial practices in order to try to ensure more favorable regulatory treatment from the Trump administration. The Post, which is run by professional journalists with ethics, has refused to do the same. Adding to the tension between the parties is the fact there’s currently litigation underway exploring allegations that Trump’s highly irregular cancellation of a major military contract with Amazon was motivated by partisan payback.

In the context of that feud, Trump has pushed the Postal Service to start raising the prices it charges Amazon.

New York Magazine’s Josh Barro has dug into the substance of the parcel pricing controversy and finds that Trump’s contention that the Postal Service could improve its financial situation by doubling what it charges Amazon is false. The key issue is that because of USPS’ universal service obligations, it can’t drastically reduce its real estate footprint or the number of trucks it sends driving around the country. The reason it gives Amazon good rates is that the facilities it’s using would otherwise be half-empty. Raising prices without making any other operational changes could lead to Amazon looking elsewhere for delivery services, which would leave the post office in even more desperate financial circumstances.

What’s true, however, is that if USPS were privatized and its special obligations went away, then it would be possible — and profit-maximizing — for the hypothetical future USPS to charge Amazon higher rates. In other words, the longstanding conservative goal of postal privatization aligns well with Trump’s personal agenda of punishing the Washington Post. But it’s not true that soaking Amazon would, per se, provide the Postal Service with a way out of its financial problems.

USPS consistently rates as the most popular government agency. It employs a lot of unionized workers, and its costliest business practices help out rural communities who are given disproportionate weight in the political process.

Therefore Democrats’ inclination for a while now has been to say that the federal government should either just directly subsidize the Postal Service or else help them out by changing the rules to let USPS get into more lines of business like banking.

The sharp crisis induced by coronavirus is compelling USPS to ask openly for government support, with House Democrats describing a proposal for $25 billion in operating subsidies, $25 billion in capital grants for modernization, and $25 billion in guaranteed loans from the Treasury.

Trump, by contrast, has emphasized his incorrect ideas about Amazon as a solution that would somehow simultaneously address both the short-term and long-term issues.

“They have to raise the prices to these companies that walk in and drop thousands of packages on the floor of the post office and say, ‘Deliver it,’” he said at a press conference last week. “And if they’d raise the prices by actually a lot, then you’d find out that the post office could make money or break even. But they don’t do that. And I’m trying to figure out why.”

None of that is true, and whether or not Amazon gets charged higher prices, the agency is going to go bust because people aren’t sending enough mail.

Of all the things the federal government could conceivably spend money on, subsidizing six-days-a-week delivery of paper mail has never struck me personally as a particularly compelling value proposition. But given USPS’ popularity with the public, it’s also not really clear why spending money on this would be a big problem other than a principled opposition to having the government do anything at all.

In the immediate circumstances of a collapsing national economy that coincides with a census, a huge surge in people’s dependence on delivery services, and the potential need to convert the entire fall election to vote-by-mail, laying off tons of postal workers seems obviously unhelpful. But unless Congress can reach some sort of deal, that’s the situation they’ll be facing by late summer.