Home Uncategorized The post-pandemic question: when this ends, how do we get our country...
Uncategorized

The post-pandemic question: when this ends, how do we get our country back? 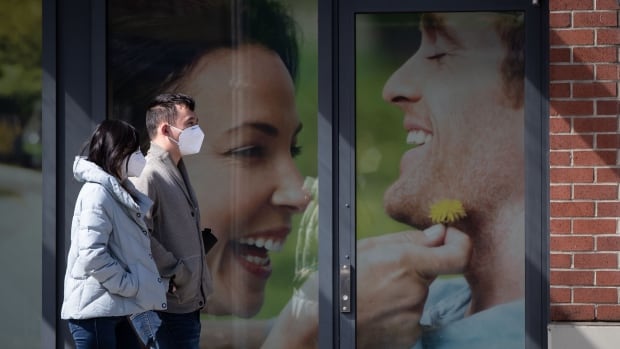 Speaking to the nation for the 25th consecutive morning today, Justin Trudeau officially introduced Canadians to the “new normal” — a prolonged period of uncertainty, economic sacrifices and restrictions meant to at least limit the toll of a disease that might still kill thousands.

Though we entered this new reality nearly a month ago, the depth and extent of it came fully into view this morning. Our relative success in navigating the “new normal” will be measured by how quickly we can return to something like the old normal, and how much pain we might endure on the way to getting there.

“The initial peak — the top of the curve — may be in late spring, with the end of the first wave in the summer,” the prime minister said, referring to new national projections on the spread of COVID-19. “There will likely be smaller outbreaks for a number of months after that. This will be the new normal, until a vaccine is developed.”

Current measures to shut down most of the Canadian economy and calls to practice physical distancing will remain in place until the first wave has passed. After that, some restrictions might be relaxed — but sporadic or localized lockdowns could return whenever the virus reemerges.

That is a forecast for continued instability and hardship — and it was paired today with a set of casualty numbers that would have been considered unthinkable just recently.

According to Statistics Canada, 1,011,000 people lost their jobs in March — far and away the largest monthly decline on record, but a number that still understates the total loss of employment over the last three weeks.

The office of the Parliamentary Budget Officer now expects the federal government to run a deficit of $184.2 billion in the next fiscal year, largely due to new spending to support individuals and businesses.

Finally, according to the models presented by Health Canada, somewhere between 11,000 and 22,000 people may die before this pandemic is done. Hundreds of thousands more will become infected.

Where the war metaphors break down

Each of those numbers is connected with the others and must be understood in context; government aid is necessary to facilitate the economic shutdown that should reduce the spread of the virus. But taken together, those numbers underline how far the old parameters of politics and life in this country have shifted in the space of four weeks.

On the anniversary of Vimy Ridge, Trudeau could not resist invoking the memory of a First World War battle that was a foundational moment in the story of modern Canada.

“As a country, we’ve gotten through tough times before,” Trudeau said. “As historians have noted reflecting on Vimy, it was a moment ordinary people did extraordinary things.”

As a point of comparison, that battle might make what Canadians are being asked to do now seem less daunting. No one is being asked to pick up a gun to fight and die in the mud of a foreign land.

But 3,598 Canadians were killed at Vimy Ridge. We might consider ourselves lucky if only that many die as a result of COVID-19.

The prime minister presented this moment as our arrival at a fork in the road — “between the best and the worst possible outcomes.” But even the best path won’t be easy to follow.

A choice between bad and far, far worse

“It will take months of continued, determined effort,” he said, adding, “this will work.” The federal government, he pledged, will “be with you, every step of the way.”

Addressing the nation each morning over the last month, Trudeau has tried to instill a sense of resolve and hope. Today, he said there was “light at the end of this tunnel.” But it still feels like we haven’t quite entered the darkest part. And perhaps it’s only now becoming clear just how long this tunnel might be.

Whether you agree with the details, the scope of what the federal government has managed over the last four weeks is, in various ways, remarkable.

Federally, more than $100 billion in direct financial support has been pledged. Entirely new programs have been designed, and then sometimes redesigned, in a matter of days. More than 6,000 public servants have processed millions of claims for employment insurance. Millions more Canadians have been able to quickly access an emergency relief benefit.

Hundreds of officials at the Department of Global Affairs have worked to get Canadians abroad back into the country. A mobilization of domestic manufacturers to produce medical equipment is starting to take shape. A partial closure of the border with the United States has been negotiated.

But there have been missteps — a weekend of confusion at the border in mid-March and an unnecessary attempt to secure new spending powers in the first emergency bill that was presented to Parliament.

There are also nagging questions already. Were Canadian governments prepared for this? Did they act fast enough? Should the federal government have taken a different approach to the border, or offered people different advice on the use of personal masks?

Trudeau bristled this week when asked to reflect on whether he should have done something differently. Maybe he doesn’t see the point right now in pausing to reflect or re-litigate.

But he also cannot take for granted the trust and support that has swung to him, and many other leaders, over the last few weeks. Everyone on Twitter is now an epidemiologist. And societies are embarking on grand experiments in human patience and adaptability.

Where is the road back?

There are also still significant questions to be addressed. Can the gaps in the current support programs be filled? Will hospitals run out of supplies? As the weather warms, will farms be able to find labour? Will cash-strapped provinces and municipalities need to be bailed out? Can Parliament find a way to function? What happens if the virus continues to inflict incredible damage on our largest trading partner?

At some point, it will be time to restart and rebuild the economy. How will we do that?

For the moment, Trudeau might point to the ubiquitous line graphs that show Canada doing better than some countries, though not quite as well as a few others.

Everything, for now, is being measured on a curve.

But the most remarkable thing about this remarkable month is that it’s really just the beginning.