US 'could have saved lives' with earlier measures 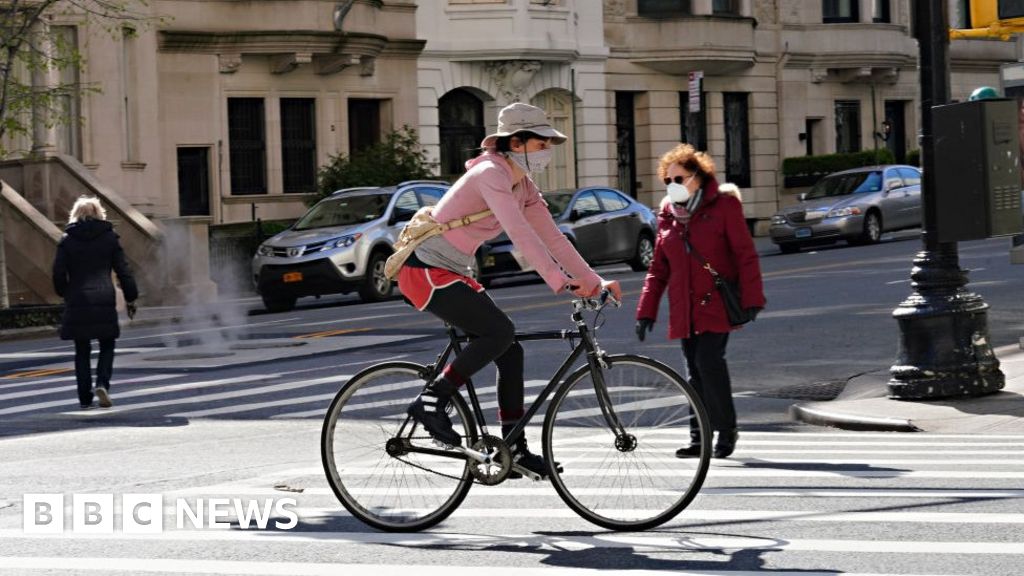 The US “could have saved lives” if it had introduced measures to stop Covid-19 earlier, a top health official says.

“If we had, right from the beginning, shut everything down, it may have been a little bit different,” Dr Anthony Fauci told CNN. But he said making that decision was complicated.

Dr Fauci also suggested parts of the US could begin returning to normal as early as May.

On 16 March, the Trump administration issued social distancing guidance, which has since been extended through April.

What did Fauci say?

When asked about a New York Times report that Dr Fauci and other officials had suggested aggressive mitigation towards the end of February, Dr Fauci said health officials can only make recommendations from a “pure health standpoint”.

“Often, the recommendation is taken. Sometimes, it’s not. But it is what it is, we are where we are right now.”

Dr Fauci, who is leading the US response to coronavirus, added that “no one is going to deny” that logically, earlier mitigation could have saved lives.

But he said “what goes into those kinds of decisions is complicated”.

“There was a lot of pushback about shutting things down back then.”

“We make a recommendation,” said Dr. Anthony Fauci, when asked by @JakeTapper about reports that he and other top officials called for social distancing in February. “Often the recommendation is taken. Sometimes it’s not. But it is what it is. We are where we are right now.” pic.twitter.com/sw8xYZILB4

The top doctor also acknowledged that multiple factors were involved with the current situation in the US, such as the nation’s size and heterogeneity, not just a later start on mitigation.

But he also said parts of the nation might be able to begin a slow return to normalcy “at least in some ways, maybe next month”.

“You don’t want to do something precipitously,” Dr Fauci emphasised, noting that ending virus containment efforts too hastily could lead to a rebound.

“It’s going to be depending on where you are in the country, the nature of the outbreak you already experienced and the threat of an outbreak you may not have experienced.”

Dr Fauci was also hopeful that the US presidential election, slated for 3 November, would still take place – if the nation takes a measured approach to lessening restrictions.

What’s the situation in New York?

During a briefing later on Sunday, New York Governor Andrew Cuomo said he wants his state, which has been the epicentre of the outbreak in the US, to open “as soon as possible”.

But the governor was cautious, saying there had to be a co-ordinated approach between neighbouring states, more testing availability and additional federal funding.

Mr Cuomo was also sceptical of any forecasting, saying: “Every informed projection by experts, by the way, has not turned out correct.”

That was good news, he noted, as it meant policies and social compliance had made a difference in the last few weeks.

Mr Cuomo said the number of deaths are stabilising, albeit at a “terribly high rate” – 758 people lost their lives in the last 24 hours. The death toll has remained in the 700s for the last few days.

Will US restrictions be loosened?

The White House remains keen to ease social distancing guidelines, and 1 May is a target date, according to food and drug agency commissioner Dr Stephen Hahn.

Dr Hahn told ABC News on Sunday, “we see light at the end of the tunnel”.

He added that the decision to change restrictions would be ultimately driven by safety and welfare considerations.

Experts, including Dr Hahn, say increasing testing will be key to reopening the country, though Mr Trump has minimised the need for widespread testing.

New York’s Mr Cuomo and New Jersey Governor Phil Murphy have both called for more tests to stay ahead of the virus.

On Sunday, Mr Cuomo announced an executive order calling for more antibody testing in order to determine who might have Covid-19 immunity and could return to work.

The questions over when the US might relax its containment efforts come as the states continue to grapple with the virus’ spread.

White House Deputy Press Secretary Judd Deere announced President Donald Trump had issued a major disaster declaration for Wyoming on Saturday, meaning all 50 states have those declarations in effect for the first time in history.