The number of people claiming unemployment benefits in the US last week hit a new record of more than 6 million as coronavirus measures took hold.

Figures from the US labour department showed the number of claims in the week ending 28 March climbed to 6.65 million, up from 3.3 million the previous week.

It was much higher than the 3.5 million estimate pencilled in by economists, and adds to fears about the depth of recession facing the world’s biggest economy as it fights the pandemic.

The report said that the virus “continues to impact the number of initial claims” with nearly every state citing its impact on the figures. 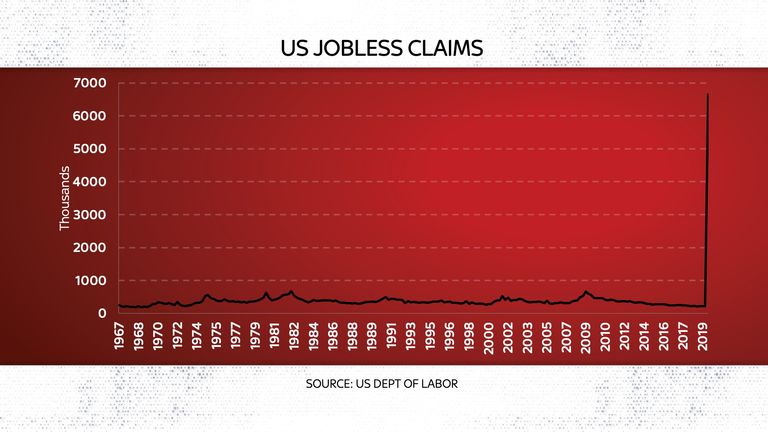 Image: The shocking figure is a huge spike and the largest the US has seen for decades

More than 80% of Americans are now under some form of lockdown, up from less than 50% two weeks ago, prompting an avalanche of claims for jobless benefits.

The number of claims – which previously hit a record last week – have already far outstripped the levels seen during the last recession, when they peaked at 665,000.

Experts warn that the country should brace for the numbers to continue escalating – thanks to the generous provisions of a $2.2trn stimulus package signed into law by Donald Trump last week.

As part of the measures, self-employed and gig economy workers previously ineligible to claim the payments can now do so.

Gregory Daco, chief US economist at Oxford Economics in New York, said: “The US labour market is in free-fall.

“The prospect of more stringent lockdown measures and the fact that many states have not yet been able to process the full amount of jobless claim applications suggest the worst is still to come.”

The main headline US “non-farm payroll” jobs numbers for March, due on Friday, will only cover the picture up to the middle of the month, when only a handful of states were enforcing “stay at home” orders. 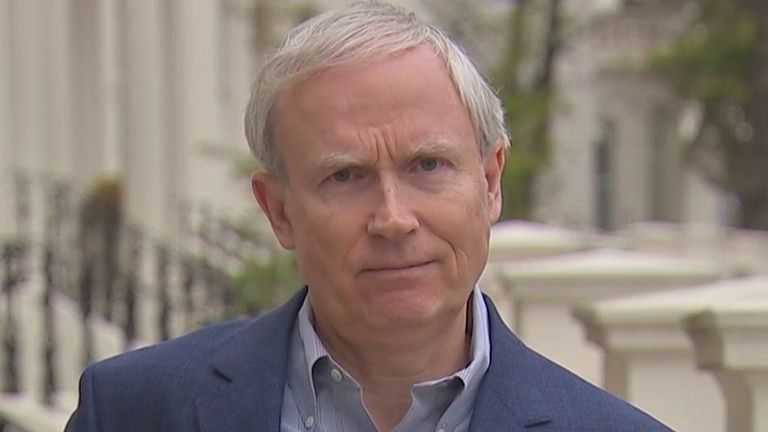 ‘We could be facing another Great Depression’

Retailers including Macy’s, Kohl’s and Gap said on Monday that they would furlough tens of thousands of workers as they prepare to keep shops shut for longer.

“The loss would be enough to boost the unemployment rate from roughly 3.5% to 12.5%, which would be its highest rate since the Great Depression.”