Home Uncategorized US virus prevention efforts have become a farce that is no longer...
Uncategorized The farce that has emerged in the US Navy due to the COVID-19 pandemic is not entertaining. After Captain Brett Crozier of the USS Theodore Roosevelt sent a letter on March 30 alerting US naval commanders that COVID-19 was threatening the lives of his sailors, he was not just dismissed but reprimanded by Acting Navy Secretary Thomas Modly who called him “naive” and “stupid.”

Modly apologized for making the insulting remarks and then promptly resigned on April 7. Crozier, a whistle-blower who warned others about the virus, and who also tested positive for it, received the kind of attention he’s supposed to avoid.

Crozier is not the only one to pay a heavy price for his whistle-blowing efforts. Ming Lin, an emergency room doctor in Washington state, was fired after complaining on Facebook about his hospital’s lack of sufficient virus protection methods and pleaded for more protective gear.

At a time when medical problems need to be addressed, and experienced doctors are valuable, Lin was relieved of his responsibilities despite his 17 years of service. 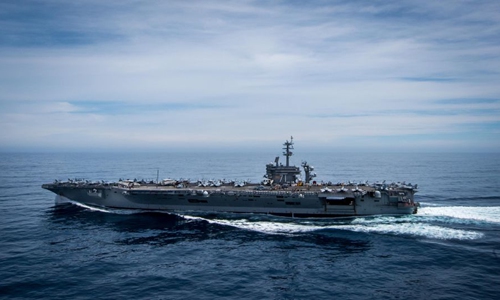 Obviously, the US political climate does not encourage necessary responses to fight COVID-19, or what people like Crozier and Lin have warned of should have received attention. When those who stand up for others are mistreated by those in power, how can those in power be expected to act on behalf of their people and care for the health and lives of others?

The farce that has unfolded in the US Navy and throughout American society is alarming and serves as an accurate reflection of how the US response to the COVID-19 pandemic has been an utter failure. Freedom of expression and the flow of information, both of which are supposedly essential values held by all Americans, are far from secure in the US.

While people in the West, and especially those in the US, exploited the death of the Chinese ophthalmologist Li Wenliang to criticize China’s arduous efforts in fighting COVID-19 and to find fault within China’s system, in typical hypocritical fashion, they suppressed their own whistle-blowers. Li has since been recognized as a martyr by Chinese authorities for sacrificing his life while fighting the virus. So, what will be the fate of the US Navy captain?

It should not come as a surprise that the US has performed the worst among all nations fighting COVID-19. The US has over 500,000 confirmed cases and 18,758 fatalities as of press time. The unpredictable nature of the US government is revealed and demonstrated almost daily.

According to the results of a CNN/SSRS poll released Wednesday, 55 percent of Americans feel the federal government has done a poor job in preventing the spread of the virus, up 8 percentage points in almost one week, while 52 percent said they disapprove of how US President Donald Trump has handled the pandemic.

And what happened on four US aircraft carriers is salt on a wound as each of them reported COVID-19 cases onboard. On Thursday, a sailor, one of the more than 400 who tested positive for COVID-19 on the USS Theodore Roosevelt, became the first to receive intensive hospital care treatment in Guam.

This might have been prevented if Captain Crozier’s voice was treated properly. Crozier disclosed gross mismanagement oversights along with substantial and specific dangers to public health. They were matters of life and death, not military secrets.

Modly’s criticism against Crozier and his subsequent resignation revealed how sloppy and disconnected the US military spectrum and the entire country have been throughout the epidemic.

“We are all in the dark,” said a US sailor while slamming the US Navy for its COVID-19 response on their vessels. If US politicians and the larger American society don’t reflect on their own shortcomings and continue to shift the blame on others, and among each other, then the entire American population will be in the dark.

The author is an editor of the Global Times. wangwenwen@globaltimes.com.cn