US warship captain fears fatalities as coronavirus spreads on board

The captain of a US aircraft carrier infected with coronavirus has told naval leaders he needs to remove 4,000 sailors and isolate them on shore.

Captain Brett Crozier, commanding officer of the USS Theodore Roosevelt, said in a memo that the vessel did not have enough quarantine and isolation facilities.

Sticking to the current strategy would slow the outbreak down but not eradicate it, he added. 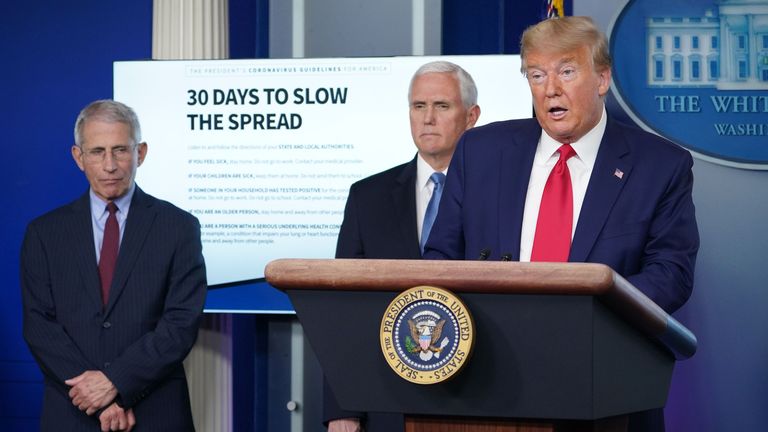 Trump: Our country is the midst of a great national trial

Almost 80 people aboard the ship have tested positive for COVID-19, the Reuters news agency said.

Captain Crozier called for “decisive action”, warning: “We are not at war. Sailors do not need to die.

“If we do not act now, we are failing to properly take care of our most trusted asset – our sailors.”

He added that removing all but 10% of the crew was a “necessary risk”.

The carrier was in the Pacific when the first case of COVID-19 was reported a week ago.

It is now in Guam, a US island territory in the western part of the ocean. 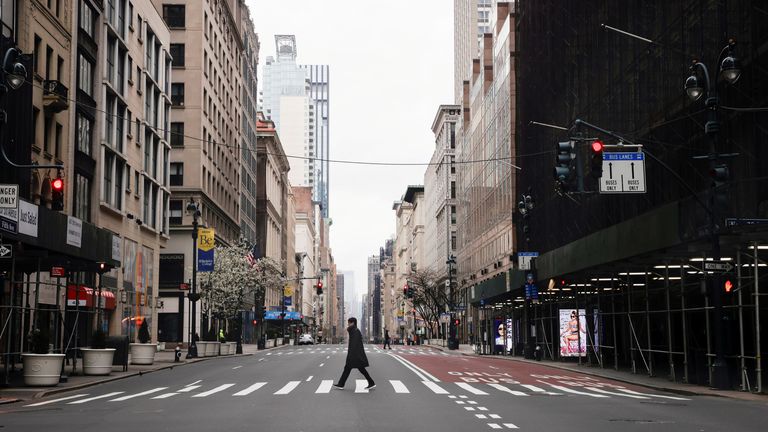 Acting US Navy Secretary Thomas Modly said he was aware of the letter, and that efforts had been underway for several days to get sailors off the enormous ship.

Mr Modly added that there were not enough beds on Guam, and the navy was talking to the local government about using hotels and setting up tents.

“We don’t disagree with the (commanding officer) on that ship, and we’re doing it in a very methodical way because it’s not the same as a cruise ship … that ship has armaments on it, it has aircraft on it,” Mr Modly told CNN.

“The key is to make sure that we can get a set of crew members that can maintain all those critical functions on the ship,” he added.

Sailors aboard a number of ships have tested positive, naval officials have said.

The vessels include an amphibious assault ship at port in San Diego.