It’s not often you see an unidentified flying object in the skies, and when you do — you’d better film it. On Tuesday, citizens of Tomsk began sharing a short clip of three glowing flying objects moving in a triangle formation. 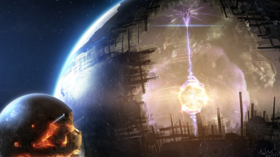