Vancouver-based tour guide Gabriel Stratulat says his bookings have evaporated in the face of the COVID-19 pandemic. He’s part of a tourism sector worth billions to the B.C. economy. (BC Grand Tours)

This story is part of The COVID Economy, a CBC News series looking at how the uncertainty of the coronavirus pandemic is affecting jobs, manufacturing and business in regions across Canada.

There are the statistics, graphs and charts that provide a snapshot of B.C.’s economy in the face of COVID-19. And then there’s Gabriel Stratulat’s day-timer.

At the start of March, the Vancouver-based tour guide had 22 bookings for the summer. He was banking on at least 80 more by the end of August.

Today, he says, they’re all cancelled.

“And of course, because of the travelling ban, no one will come to Vancouver. So this is how bad we are affected,” said Stratulat, who runs a private tour company called BC Grand Tours.

Surveying the months and possibly the years ahead, at the moment, Stratulat says he’s depressed. 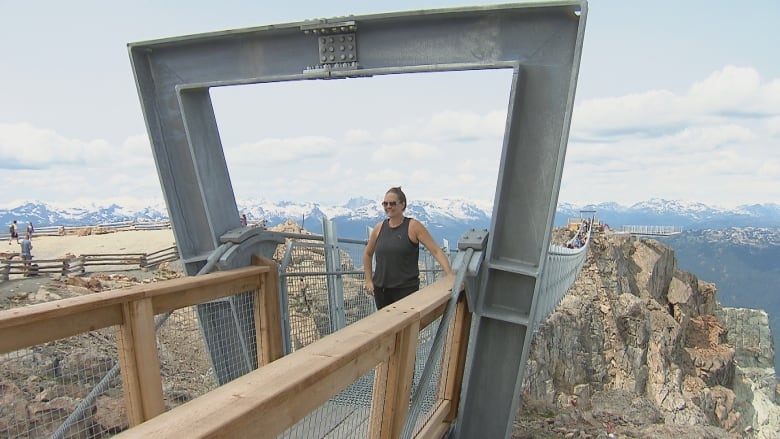 Whistler, B.C., with its stunning views, is a popular tourist destination in both the winter and summer. But the uncertainty of COVID-19 means it may be a quiet place for at least the next few months. (Mael Thebault/CBC)

The tourism sector is just one of the drivers of a B.C. economy that’s been quickly ravaged by the novel coronavirus, as the pandemic has shuttered borders, disrupted supply chains and thrown health-care systems into chaos as the entire world looks to clamp down on its spread.

From forestry and film, to mining and manufacturing, economists say it’s hard to predict the depth of the damage or the length of the time it will take for the province to recover.

That’s if it can be predicted at all.

“This is totally unprecedented, so thinking about it really requires opening one’s mind and being creative and flexible,” said Ken Peacock, chief economist for the Business Council of British Columbia.

“Traditional models just are not calibrated to come up with estimates and to model what’s going on.”

According to Statistics Canada, B.C.’s gross domestic product (GDP) — the total value of goods and services produced in the province annually — was around $264 billion in 2018.

Experts across the board say determining by just how much COVID-19 may shrink that figure is, at this point, too difficult; no one can say for certain how long the measures needed to combat the virus will be in place. 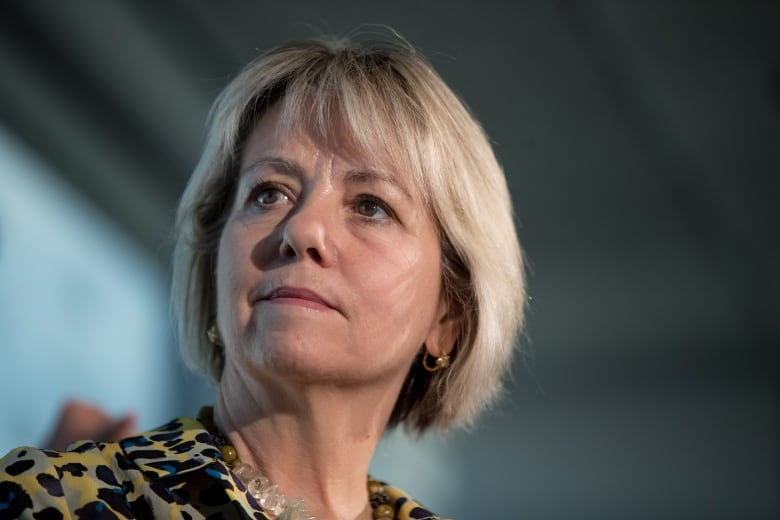 B.C. provincial health officer Dr. Bonnie Henry has warned that it could be months before the lifting of public health restrictions that are aimed at cracking down on the spread of COVID-19, but strangling the economy. (Darryl Dyck/The Canadian Press)

Provincial health officer Dr. Bonnie Henry has hinted that even when restrictions start lifting, some measure of physical distancing will still be needed to keep the disease in check.

But what will that mean in terms of going to the restaurants, bars and hotels that employed nearly 200,000 people in the province in 2018?

Will universities still be able to open their doors to the international students who provide a good portion of their funding?

And will the borders be open for the export of the billions of dollars worth of forestry and industrial products that B.C. needs to sell?

As Peacock explains, the B.C. economy is primarily driven by the goods and services sold to markets outside the province. That brings money into B.C., with other domestic businesses in turn providing goods and services to those exporters.

Natural resources — forestry, the mining sector and related products like aluminum — have traditionally been the keystone of the province’s economy. But the real estate, housing and leasing markets are also huge generators of GDP, as is the construction industry.

And in recent years, as the forestry sector in particular has lagged, other sectors, like tourism, have expanded.

‘I cannot make the payments’

According to WorkBC, the sector employs about 160,000 people, mostly through locally owned small- and medium-sized businesses like the one Stratulat has been building since 2014.

Originally from Romania, Stratulat left a career as a mechanical engineer behind to become a tour guide. He has steadily developed a solid reputation through both his own company and ToursByLocals, a platform that connects tourists and guides, which was rated one of B.C.’s top employers last year. 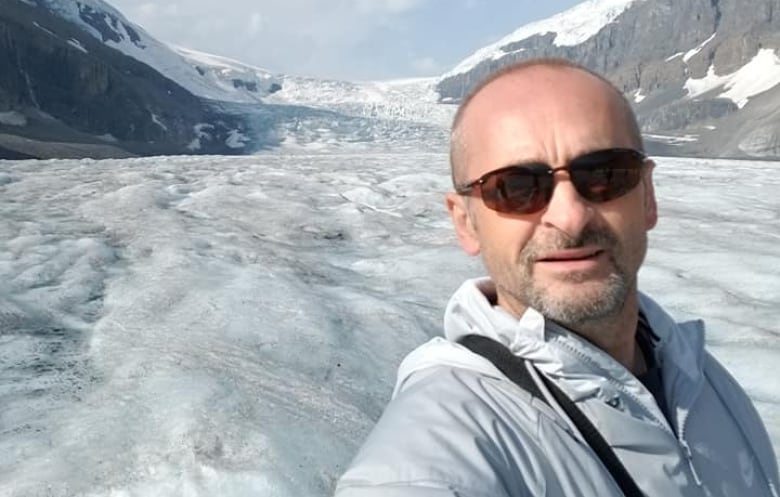 Stratulat switched into the tourism industry in 2014, earning a reputation as one of the Lower Mainland’s top-rated tour guides. But COVID-19 has decimated his business for the foreseeable future. (BC Grand Tours)

A lot of his business comes through cruise ship passengers wanting to spend a few hours — and a few hundred dollars — in the Vancouver area.

But all that has currently dried up, and with it, the money Stratulat needs to pay off the two Mercedes vans he uses to whisk travellers off to picturesque places, like Whistler, Banff, Victoria and Jasper.

“I have huge payments and, actually, I cannot make the payments,” said Stratulat. “Luckily, my wife works, so she pays the mortgage. But for me, I have zero income and it’s very emotional for me. I might lose everything.”

Expected to be temporary?

Peacock and his business council have come up with predictions around the impact of COVID-19 on the B.C. economy based on two different scenarios.

The first would see the economy contract by about seven per cent in 2020, based on a return to some kind of normal this summer. But the second would involve an 11 per cent decline based on longer closures, widespread job losses and a deep global recession.

By contrast, Bryan Yu, deputy chief economist with Central 1 Credit Union, says he’s expecting B.C.’s economy to shrink by about 3.5 per cent for the year. 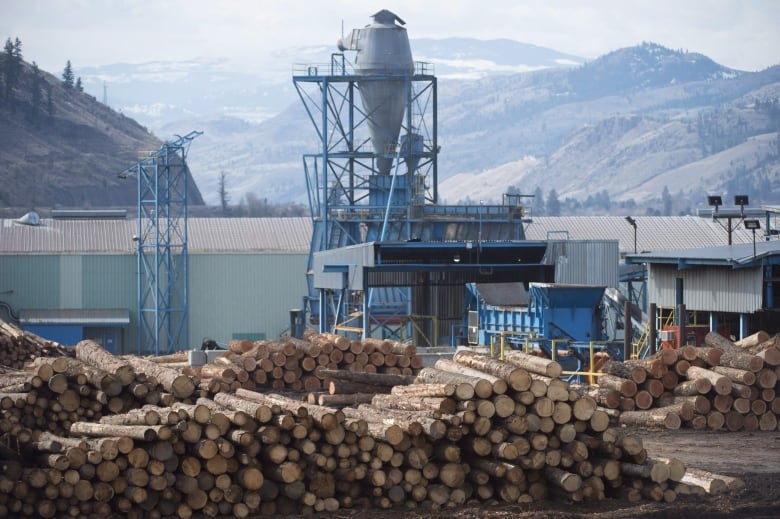 Softwood lumber is pictured at Tolko Industries in Heffley Creek, B.C. Forestry is one of the industries that drives B.C.’s powerful resource sector, also being affected by the COVID-19 pandemic amid a time of global uncertainty. (Jonathan Hayward/The Canadian Press)

That’s still a lot, but Yu says the province has some large-scale infrastructure projects — like the Site C dam and the development of LNG Canada’s liquefied natural gas project in Kitimat — that could provide a buffer for some of the loss.

He also points to recent diversification of the economy that has seen growth in the high tech and agricultural industries.

Yu further expects unemployment to rise to between eight and 10 per cent in 2020. “But in our view, a lot of this is expected to be temporary,” he said.

Under both of Peacock’s scenarios, the hardest hit sectors are expected to be arts, entertainment and recreation, and accommodation and food services. And construction, manufacturing and wholesale trade can all still expect to contract by double digits.

Why not a pause?

So why can’t British Columbians — and Canadians in general — put the economy on some kind of a hold while they weather the COVID-19 storm?

Even if the question sounds naive, both Peacock and Yu say it’s one a lot of people have been asking.

They both say the federal and provincial governments have effectively been trying to hit the pause button by providing tens of billions of dollars in money to help out-of-work Canadians and businesses bridge the gap. But this is where a time element comes in.

“When you’re talking timelines of pausing for a month or two months — maybe three at the outside — it’s kind of doable,” said Peacock. “It’s another thing to pause for six or seven months: Governments cannot fill the hole that is created by the downturn. They just don’t have enough resources.”

And the longer people are disconnected from their jobs, he says, the more difficult it will become for them to re-enter the workforce.

“A lot of the businesses that people were hoping to return to may not exist,” he said.

“Then there’s the whole question of rent payments and mortgage payments. You can postpone them and delay them, but eventually, you have to pay them back.”

Another part of the COVID-19 economic equation comes down to the way other countries handle the virus.

About half of B.C.’s exports are to the United States, with the rest divided between China, Japan, the rest of Asia and some other countries. China is slowly reopening to business, but the U.S. faces an uncertain future as far as both its economy and the public health battle are concerned.

If there’s such a thing as a growth industry in this pandemic, the Business Council of B.C. is projecting it to be government.

Peacock’s projections estimate the public administration portion of the province’s GDP could grow by six to nine per cent, depending on the length of the crisis.

Iglika Ivanova, a feminist economist with the Canadian Centre for Policy Alternatives, says she hopes that any tax hawks in favour of shrinking the government will remember the role the province and Ottawa have played in trying to salvage the economy.

She also believes British Columbians should ask themselves what kind of an economy they want to see on the other side of the pandemic.

That may include things like restructuring a long-term care system that has proven vulnerable to the virus. Or providing better pay to the janitors, health-care aides, delivery drivers, grocery store clerks and other front-line workers whose labour is proving itself priceless amid the storm.

And Ivanova said she believes the province should invest in renewable energy and green industries intended to withstand future economic shock.

“We all know that we have to make an energy transition,” she said. “Over the medium to long run, why not kick-start it now that we’re going to be likely providing a lot of support to business? … Why not support the kind of business investment that we know is going to benefit us in the long run?”

In the meantime, people like Stratulat can do little more than follow the ever-changing news around COVID-19 and hope for the eventual return of their portion of the B.C. economy.

“If this thing doesn’t stop, with all the social distancing and all that, not [until] October of this year will people book tours for the next summer,” he predicts.