What it takes to get an abortion during the coronavirus pandemic 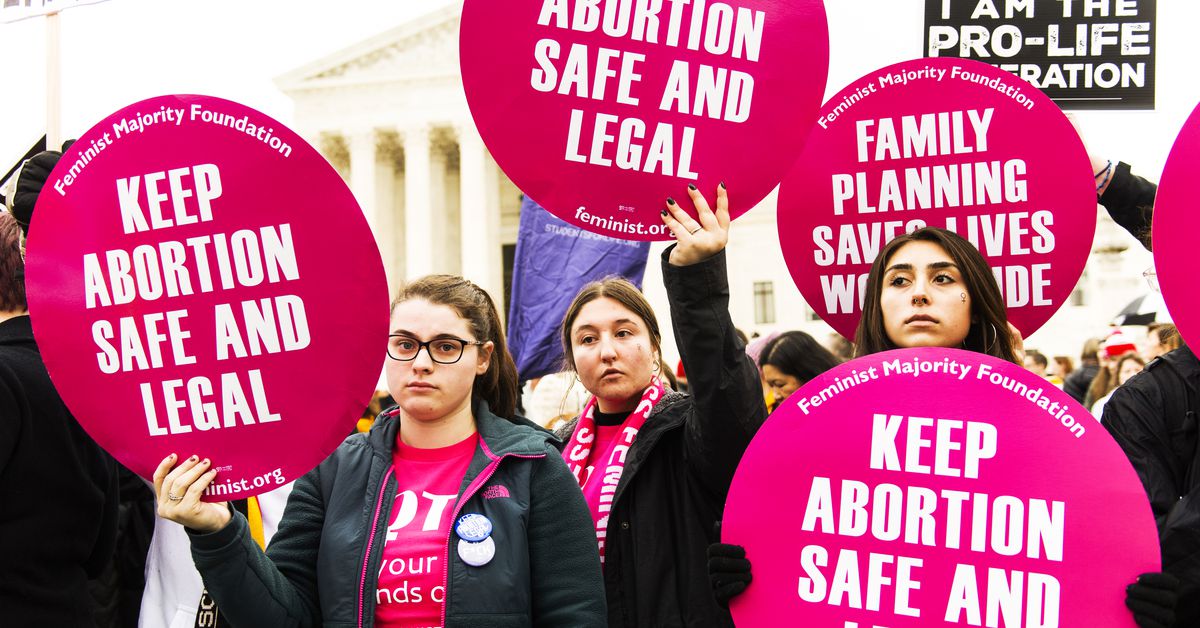 When Paige Alexandria found out she was pregnant, she wanted a medication abortion.

But she lived in Austin in 2016, three years after Texas passed abortion restrictions that drove more than half the state’s clinics out of business. While many clinics were still open in Austin, they were so busy serving patients from other parts of the state that Alexandria couldn’t get an appointment for three weeks.

Alexandria called the clinic every day, hoping someone would cancel so she could get an earlier appointment. “For any person who is pregnant when they don’t want to be,” she told Vox, “every day feels like a year.”

Now, countless Texans are having a version of Alexandria’s experience, wanting an abortion but uncertain when — or if — they’ll be able to get one. Last week, Gov. Greg Abbott announced that abortion did not qualify as essential health care during the coronavirus pandemic and ordered all procedures postponed unless the life of the pregnant person is threatened. The state was one of at least five to essentially ban abortion during the pandemic — a move that anti-abortion groups have championed but that abortion-rights groups have characterized as a ploy to exploit a public health crisis for ideological gain.

Abortion-rights advocates have been fighting the bans in court, but on Tuesday, a court ruled that the Texas ban can go into effect, for now. That leaves Texas patients with a choice: Delay the procedure for an uncertain amount of time, or try to travel out of state during a pandemic to end their pregnancies.

Even if they’re able to travel, the current crisis has placed serious new obstacles in their way. In many states, an abortion requires multiple visits to a doctor — which could mean multiple exposures to the coronavirus in waiting rooms and other facilities. Meanwhile, the enormous economic toll of the pandemic has made it even harder for many low-income people to afford the procedure.

“For our callers, expenses like groceries and rent are already difficult to obtain,” Cristina Parker, communications director at the Lilith Fund for Reproductive Equity, which funds abortions in Texas, told Vox in an email. “But with the added instability of our economy — and with so many losing their jobs virtually overnight — paying out of pocket for an abortion can be next to impossible.”

For Alexandria, the daily calls paid off. She was able to get an abortion after two weeks instead of three. But it was still too late for her to get a medication abortion; she had to get a surgical procedure, which was more expensive and required more time away from her two children. And today, she feels for those who are trying to end their pregnancies but are faced with fear, uncertainty, and delays.

“Abortion is essential,” she says, “even during a pandemic.”

As coronavirus sweeps the country, many areas are placing restrictions on businesses and services deemed nonessential, as well as pushing back nonemergency medical care. In the midst of such moves, officials in several red states — including Texas, Ohio, Alabama, Iowa, and Oklahoma — categorized abortion as nonessential and ordered that clinics postpone procedures until the crisis is over.

“No one is exempt from the governor’s executive order on medically unnecessary surgeries and procedures, including abortion providers,” said Texas Attorney General Ken Paxton in a statement last week. “Those who violate the governor’s order will be met with the full force of the law.”

Abortion opponents argue that abortion is an “elective” procedure and that providers should stop offering it and donate their masks and other protective gear to the coronavirus response.

“Somebody needs to tell the abortion industry there’s a pandemic going on,” Mark Harrington, president of the anti-abortion group Created Equal, said in a statement last week. “Abortion is an elective procedure or they wouldn’t call it a ‘choice.’”

But providers and abortion-rights advocates say abortion is just as necessary now as it ever was. “Abortion is essential health care,” Dr. Ashley Brant, an OB-GYN in Ohio and fellow with the group Physicians for Reproductive Health, told Vox in an email.

“Many of my patients are experiencing fear,” Brant said. “Fear of contracting Covid-19, fear of losing their jobs and income, and fear of not being able to support their families. They should not have to fear losing access to reproductive health care, too.”

Abortion-rights advocates say that opponents, and governors of states like Texas, are just using this moment to score political points. “I can’t emphasize enough how shameful it is to take advantage of this pandemic to just further shame women seeking abortion care,” Kelsey Ryland, director of federal strategies at the abortion-rights group All* Above All, told Vox.

After Texas and other states announced bans, clinics had to cancel or postpone appointments for many patients, as Ema O’Connor reports at BuzzFeed.

Planned Parenthood, the Center for Reproductive Rights, and other groups supporting abortion rights filed suit in five states to allow abortions to go forward. And on Monday, federal judges in Texas, Ohio, and Alabama ruled in their favor, meaning that clinics in those states could stay open. But Texas appealed the ruling to the Fifth Circuit, which on Tuesday allowed the state’s ban to take effect, at least for now.

That leaves Texas patients in limbo, facing the possibility that abortion may be banned in their state for weeks, months, or even longer.

Since abortion becomes more expensive later in pregnancy — and since some states, including Texas, ban it after 20 weeks’ gestation — the delay is likely to have serious repercussions for many.

Some are already trying to travel out of state for the procedure, said Alexandria, who now works at the clinic where she got her abortion in 2016. Traveling at this time is especially difficult — some public transit routes have been reduced due to the pandemic, and contact with others during travel could increase patients’ chances of exposure.

Even if patients can get to a clinic, they face a host of obstacles and concerns when they arrive.

Many states require multiple in-person clinic visits for an abortion, even by medication. “This means that patients have to travel for care, sit in waiting rooms, and interact with multiple health care providers,” Brant said. “This endangers families and communities and promotes spread of the virus.”

And the pandemic will only worsen obstacles that many people already face when seeking abortions, many reproductive rights advocates say. “Things that were already hard like getting to the clinic for multiple visits, getting child care, could be nearly impossible right now,” Ryland of All* Above All said. People who are low-income — the majority of abortion-seekers in America — may be facing job layoffs and more difficulty paying for an abortion than ever, she said.

The Hyde Amendment already prohibits the use of federal funding for most abortions, and Republicans insisted on Hyde Amendment language in the recent coronavirus stimulus bill to ensure that states and localities couldn’t use the stimulus funds to help pay for abortions.

As someone who had an abortion, Alexandria knows what it’s like to have to delay the procedure. For her, it wasn’t just the added cost of the surgical abortion. Because she didn’t have a ride to the clinic, she wasn’t able to be sedated for the procedure, increasing her discomfort.

“It was really just hard not being able to access care when I needed it,” she said.

But now, as a patient counselor at a clinic, she says she also sees the ways that advocacy groups are trying to help people get abortions during this time, whether it’s sending money to abortion funds in states affected by bans or booking hotel rooms for people who need to travel to get the procedure.

“Even though access looks really hard right now,” she said, “there are so many people fighting right now to make sure that access remains a reality.”