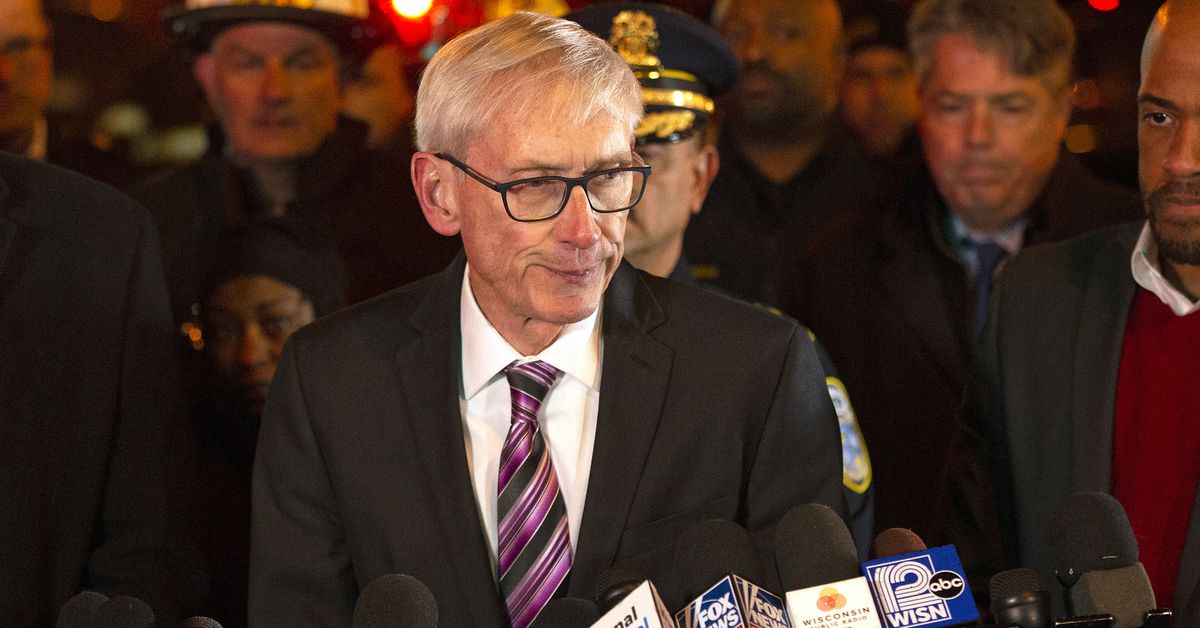 Wisconsin Gov. Tony Evers has effectively rescheduled the election the state was planning to hold on Tuesday, handing down an order suspending in-person voting until June 9 “unless the Legislature passes and the Governor approves a different date for in-person voting” and allowing voters to request absentee ballots until five days before the new election date.

Yet it is unclear that the order will stand. Republicans have fought tooth and nail against nearly any effort to delay the election or to make it easier for voters to cast mail-in ballots, and the state Supreme Court is dominated by Republicans.

Wisconsin now joins nearly a dozen states which have elected to postpone presidential primary and local elections as most Americans remain at home to avoid spreading coronavirus. But in Wisconsin, the GOP has consistently fought efforts to ensure that the state would have an election where every eligible resident of Wisconsin could cast a ballot.

Republicans rejected Evers’s proposal to automatically mail ballots to every voter in the state, and they’ve fought hard in federal court — including in the US Supreme Court — to prevent ballots from being counted after the original April 7 election date.

Realistically, state election officials may not know until the very last minute whether this election is happening Tuesday or not. It is likely that the Republican Party will race to court to block Evers’s order, but it may take at least a few hours for the state courts to resolve that issue. Meanwhile, a case is still pending in the US Supreme Court asking whether the deadline for submitting absentee ballots is April 7 or April 13 — assuming that Evers’s order does not stand.

Buckle up. This is going to be a wild ride.

With the coronavirus pandemic raging, most poll workers had refused to work Tuesday’s election — leading Evers to call up the National Guard in order to staff the polls. But this stopgap measure appears to have done little to prevent mass poll closures. In Milwaukee, for example, local election officials announced that there would be only five polling locations open — instead of the typical 180.

Meanwhile, about 50,000 Milwaukee residents are expected to attempt to vote in-person, or about 10,000 per voting site. That means that each of these polling sites could potentially become a vector for the spread of coronavirus.

State officials were also overwhelmed by a crush of absentee ballots. In a typical spring election, no more than 250,000 voters request absentee ballots in Wisconsin. This time, over 1.1 million voters have sought such ballots, and that’s created a logistical nightmare of its own.

Wisconsin has struggled to mail out these ballots fast enough for voters to actually use them, and tens of thousands of voters are not expected to receive their ballots until after the April 7 Election Day has passed. With so many voters facing disenfranchisement due to no fault of their own, federal Judge William Conley ordered the state to extend the deadline for mailed-in ballots by six days.

This weekend, the mayors of 10 of Wisconsin’s largest cities sent a letter to the state’s health secretary, Andrea Palm, urging her to “stop the State of Wisconsin from putting hundreds of thousands of citizens at risk by requiring them to vote at the polls while this ugly pandemic spreads.” The mayors cited a state law, which gives Palm the power to “forbid public gatherings in schools, churches, and other places to control outbreaks and epidemics,” among other things.

Yet, the letter also acknowledges that Palm does “not have the authority to determine the modifications necessary to conclude this election,” adding that “that power lies in the Legislative branch and with the Governor.”

The legislature, of course, has refused to take any action to allow this election to move forward safely during a pandemic. After Evers ordered the legislature into session this Saturday, the Republican-controlled state assembly ended that session after only 17 seconds.

There is at least one precedent for a state’s executive branch pausing an election to deal with the coronavirus pandemic — Ohio Director of Health Amy Acton delayed that state’s election until early June. But Acton also acted with the support of the state’s Republican Gov. Mike DeWine, and with the backing of a bipartisan majority on the state Supreme Court.

Wisconsin’s Gov. Evers, meanwhile, is a Democrat. And he reportedly was reluctant to claim the emergency power to delay Tuesday’s election out of fear that the Republican-controlled Wisconsin Supreme Court would block such a move.

Even before the coronavirus hit, Wisconsin did not hold free and fair elections for its state legislature. Indeed, the state assembly is so thoroughly gerrymandered that, in 2018, Republicans won 63 of the body’s 99 seats — despite the fact that Democratic candidates received 54 percent of the popular vote.

If Wisconsin chose its legislature democratically, it is likely that Evers could have worked with a Democratic legislature to delay Tuesday’s election or to hold the election entirely through mailed-in ballots. Now, however, the fate of this election is likely to be decided by a state Supreme Court where Republicans have a 5-2 advantage.

There is some evidence suggesting that Republicans stand to gain if much of the state is unable to vote in Tuesday’s election. Next to the presidential primary, where polls show that former Vice President Joe Biden is likely to trounce his remaining primary opponent Sen. Bernie Sanders (I-VT), the most important race on the ballot Tuesday is a state Supreme Court race between incumbent Justice Daniel Kelly and challenger Judge Jill Karofsky.

Though Wisconsin Supreme Court races are nominally nonpartisan, Kelly is a staunch conservative appointed to the court by former Republican Gov. Scott Walker. Karofsky is broadly supported by liberal groups and is widely viewed as the Democratic alternative to Kelly.

Moreover, as law professor and election law expert Rick Hasen recently noted, “only 38% of voters who had requested an absentee ballot in heavily Democratic Milwaukee County had returned one, compared with over 56% of absentee voters in nearby Republican-leaning Waukesha County.”

There is at least some data, in other words, suggesting that, if voters were neither able to safely cast in-person ballots nor mail in absentee ballots if they received them late, that Kelly would be favored over Karofsky in the state Supreme Court race. By fighting to keep voters from casting a ballot, in other words, Republicans could potentially maintain their supermajority on the state Supreme Court.

And now that very court is likely to decide whether this election can be postponed.